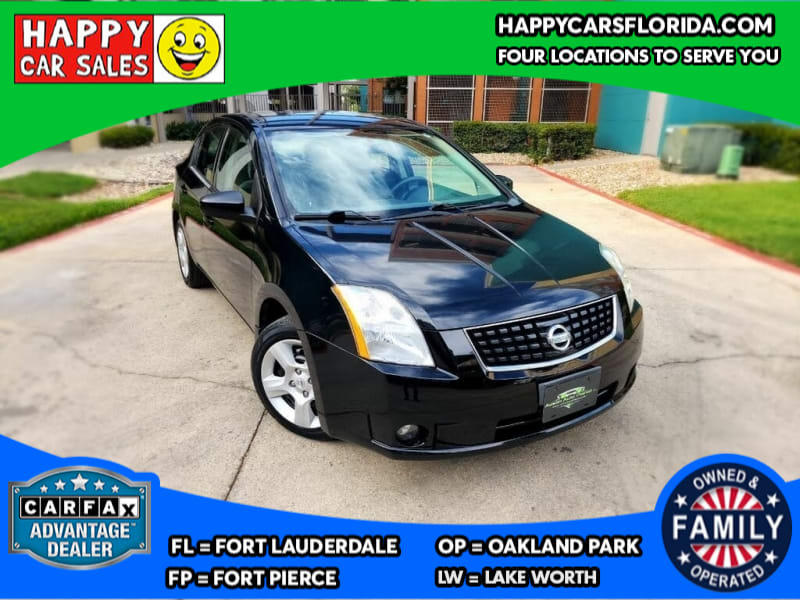 In base form, the Sentra SE-R has a Manufacturer's Suggested Retail Price (MSRP) of $20,015 while the SE-R Spec V is $20,515. Both are currently selling for that full amount, but Fair Purchase Prices that represent prices consumers are actually paying at any given moment can differ substantially, so click on the Fair Purchase Prices to compare. Historically, the SE-R Spec V has done slightly better when it comes to retaining value over time than the SE-R. Both are expected to do better than the Chevrolet Cobalt SS and SS Supercharged, but worse than a Honda Civic Si, over KBB's standard five-year benchmarking period.Driving The Used 2007 Nissan SentraWith 23 extra horses plus a stiffer suspension and structure, the SE-R Spec V is the sporting standout here, although the SE-R deserves well-above average fun-to-drive marks for those who need an even more practical primary transport module. While it has considerably more body roll than the Spec V on initial turn in, both cars exhibit almost no torque steer and are quite predictable and controllable when pushed nearer the limit â despite the absence of any standard or optional stability controls. With 177 horsepower and six virtual gears in its paddle-shifted CVT automatic, the SE-R can touch 60 miles per hour in about eight seconds, while 200 horsepower and a six-speed manual gearbox help the Spec V knock about a second off that interval â assuming, of course, a driver with the skills to make it all work to its best. The upgraded ABS disc brakes endow each with confident and consistent stopping power.Interior ComfortWhile even the base 2007 Sentra offers a bigger, more contemporary looking cabin than its predecessor, the SE-R and SE-R Spec V step that game up considerably. They set off the angular design motif and normal brushed aluminum accents with a high-performance overlay that brings items like more deeply contoured sport bucket seats covered in black cloth with special red SE-R logos, Sport Cloth door trim, a leather-wrapped sport steering wheel, revised instrumentation (that adds an oil-pressure gauge and accel/decel g meter in a central dash cluster) and drilled aluminum pedal covers. Unlike lesser Sentra models, the rear bench seat in both cars is fixed to allow for a supplemental stiffening brace in the trunk on the Spec V model. The Spec V also gets distinctive red seatbelts.Exterior StylingThe SE-R and SE-R Spec V share numerous aggressive visual enhancements that set them apart from basic Sentras. Heading the list are bolder front and rear fascias, integrated side sills, a tasteful rear decklid spoiler and the requisite SE-R and SE-R Spec V tail badging. Complementing those bits are subtly revised head and taillamp treatments, a sport grille, reshaped lower air intake, standard fog lights and a chrome exhaust tip. Both SE-R and Spec V are fitted with identical 17-inch lightweight alloy wheels that mount 225/45 tires, but the former gets V-rated all-season rubber while the latter is shod with W-rated summer performance tires.Favorite FeaturesTasteful Appearance TweaksBoth of these hot Sentras do without massive wings, giant fender bulges and other forms of high-profile tack-ons in favor of more understated visual cues to hint at the impressive performance capabilities that lie within.Spec V High-Output EngineNissan put major effort into the High Output version of its QR25DE engine, including modifying the block, crankshaft, pistons, connecting rods, camshafts and valve springs. The result is a high-winding little jewel with the power to put a smile on the face of any enthusiast.Standard FeaturesSave for sport bucket seats covered in black cloth instead of leather, the SE-R and Spec V share nearly all of the comfort and convenience touches with the Sentra 2.0 SL, including power windows and locks, a 160-watt AM/FM/CD sound system, air conditioning, cruise control, keyless remote entry and front/front-side/side-curtain airbags. Key differentiators are their unique exterior bits, more powerful 2.5-liter engines in place of the standard 2.0-liter Sentra four, model-specific CVT automatic (SE-R) and six-speed manual (SE-R Spec V) transmissions, more powerful brakes (larger discs in front and discs instead of drums in the rear) and suspension upgrades â stiffer springs in the SE-R and spring/shock/anti-roll bar upgrades plus additional body stiffening in the SE-R Spec V.Factory OptionsThe SE-R and SE-R Spec V come loaded with standard features, so the extras list is short. Either can be fitted with a 340-watt/eight-speaker Rockford-Fosgate AM/FM/MP3 sound system with six-disc in-dash CD changer, factory-installed XM or SIRIUS Satellite Radio, and a power sunroof. SE-R buyers can also opt for Nissan's Intelligent Key keyless entry/starting system, while a helical limited-slip differential is available for the Spec V.Engine & TransmissionAlthough both members of this dynamic duo pack a 2.5-liter DOHC in-line four, each is aimed at a different type of real-world owner. The SE-R gets a 177 horsepower version that makes its very usable 172 pound-feet of torque at just 2,800 rpm, drinks unleaded regular gasoline and is mated to a modified version of Nissan's Xtronic continuously variable automatic transmission (CVT) that features steering wheel-mounted paddle shift levers and six virtual gears in its manual mode. Bolstered by numerous internal modifications, the more intense Spec V iteration requires premium fuel to make its 200 horses, creates 180 pound-feet of torque peak at a lofty 5,200 rpm and comes only with a conventional close-ratio six-speed manual gearbox that gets an upgraded short-throw shift linkage.2.5-liter in-line 4200 horsepower 6600 rpm (manual)177 horsepower 6000 rpm (automatic)180 lb.-ft. of torque 5200 rpm (manual)172 lb.-ft. of torque 2800 rpm (automatic)EPA city/highway fuel economy: 24/31 (manual), 27/33 (automatic)

No Accident or Damage Reported