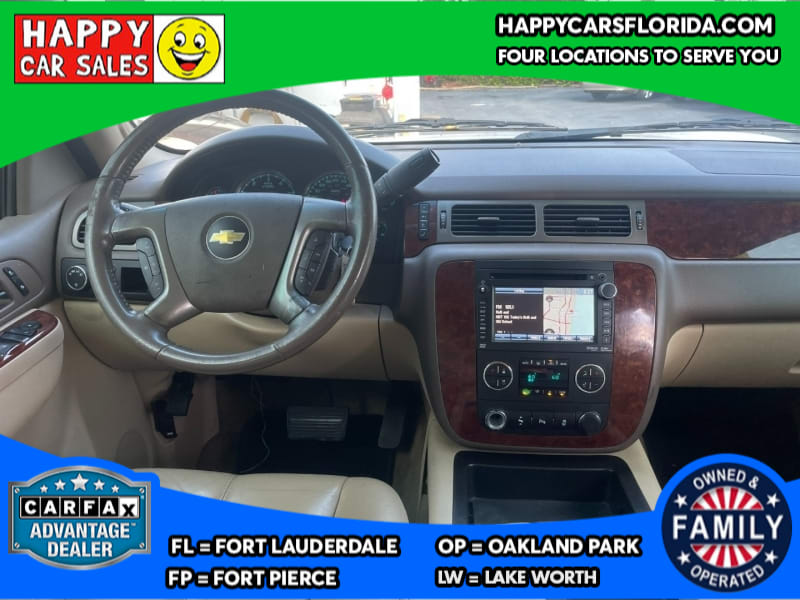 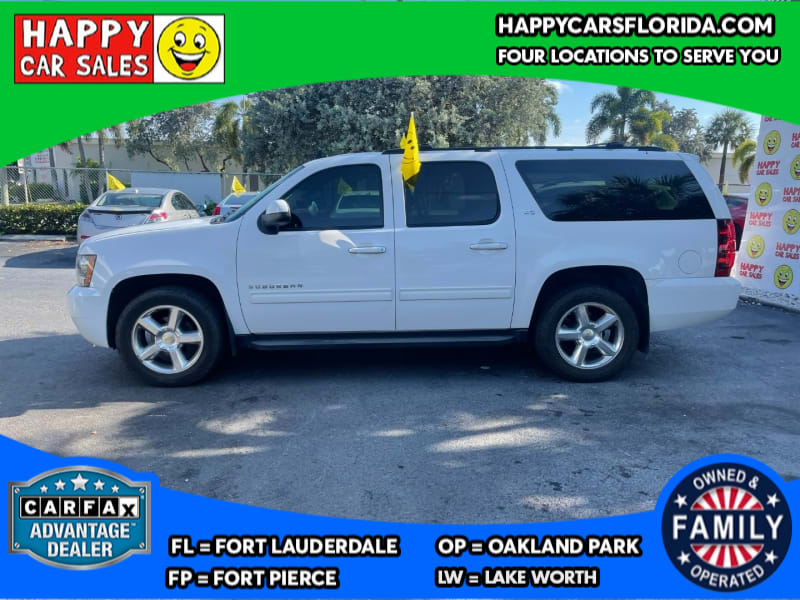 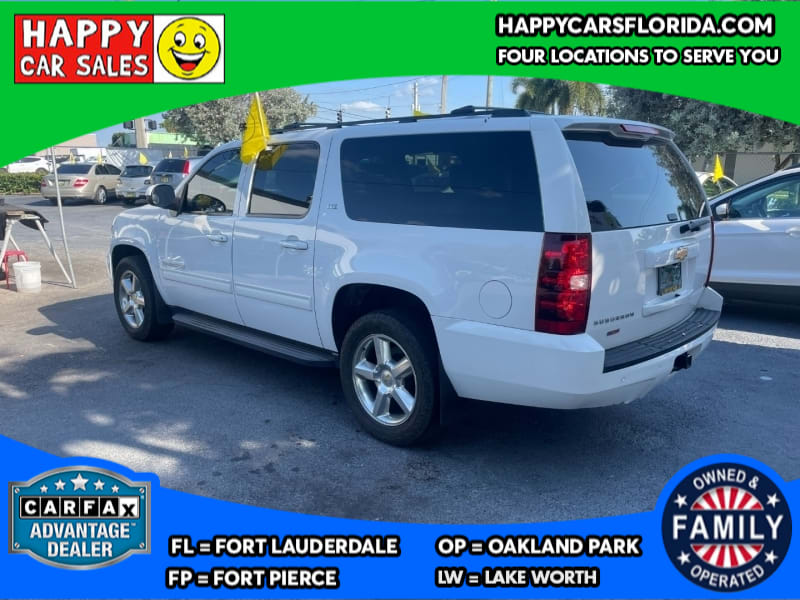 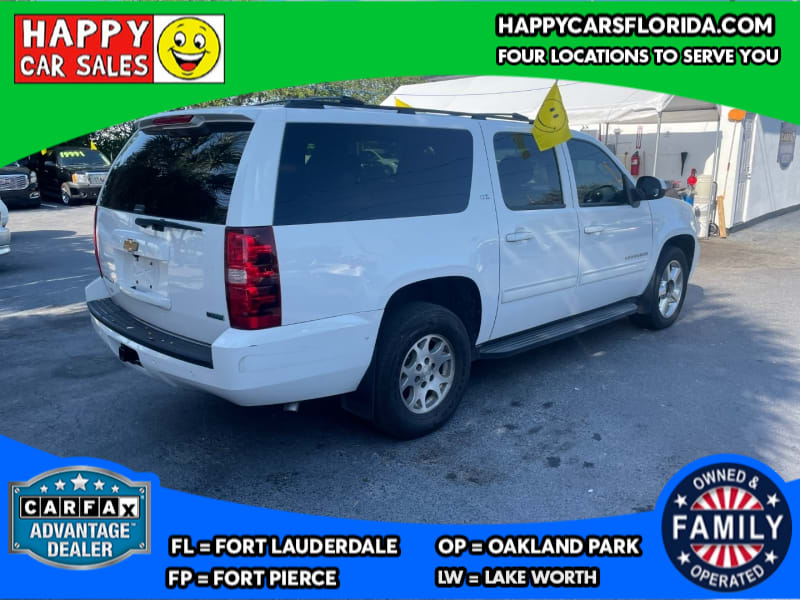 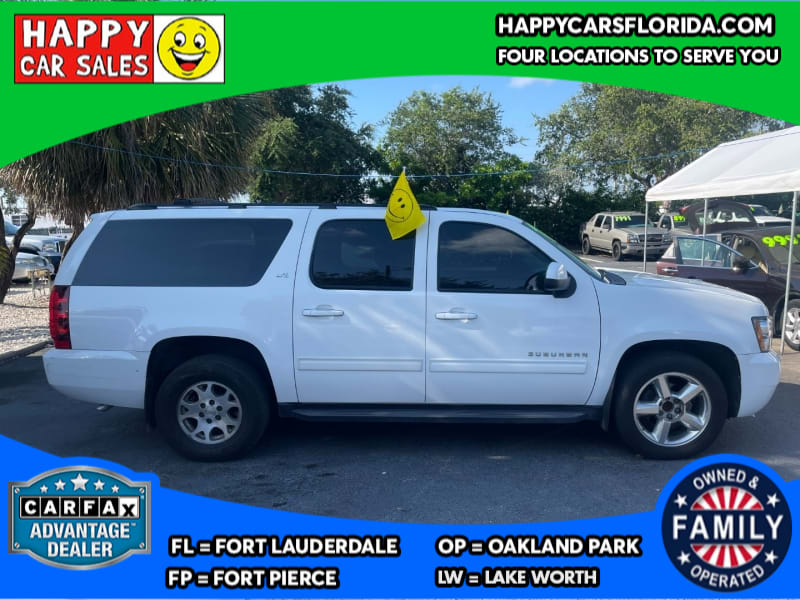 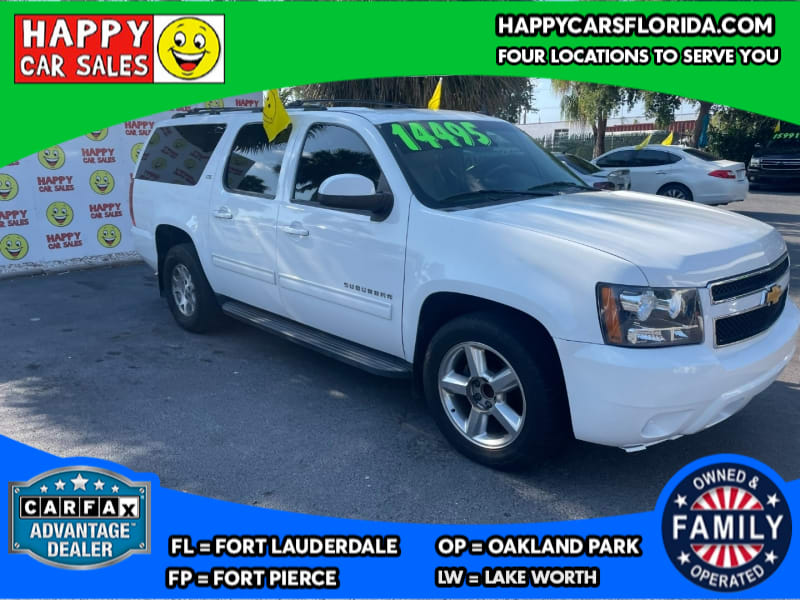 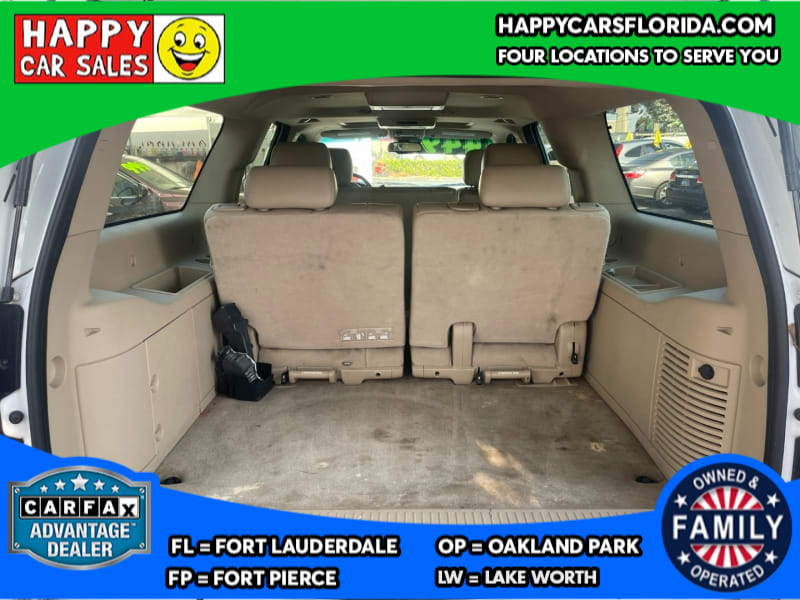 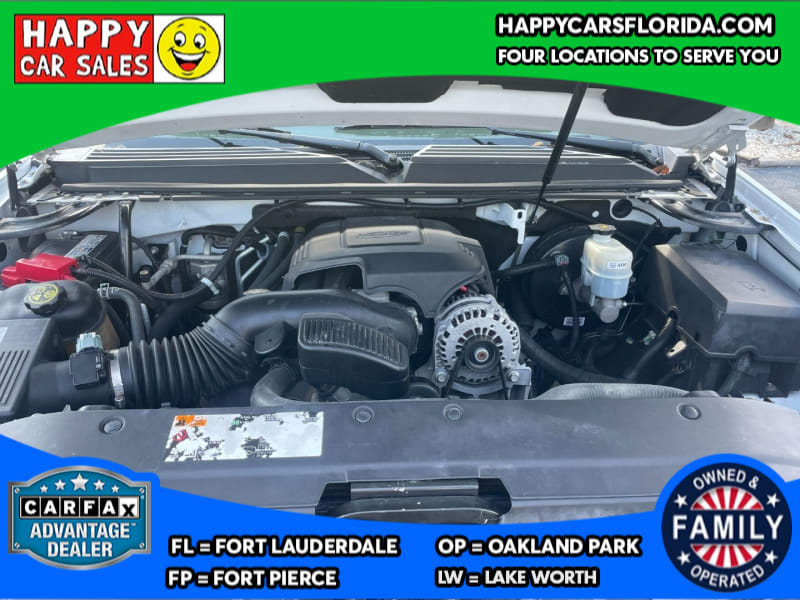 The 2014 Chevy Suburban has a Manufacturer's Suggested Retail Price (MSRP) starting just over $47,500 for a base LS model, before cash offers and incentives. A top-line, 4WD LTZ model with options can reach over $65,000. At these prices, the 2014 Suburban is slightly more expensive than the Ford Expedition EL and Toyota Sequoia, and nearly $10,000 more than a Nissan Armada. Be sure to check the Kelley Blue Book Fair Purchase Price to see what other buyers in your area are paying for the 2014 Suburban. Down the road, the Suburban's resale value is expected to be marginal, similar to the Ford Expedition and Nissan Armada, and trailing the Toyota Sequoia.Driving The Used 2014 Chevrolet Suburban 1500Usually, an SUV built from a truck frame would ride and drive very much like a truck. But with the 2014 Chevy Suburban, the feel is more like a large sedan, albeit a very long, very tall one. The ride is smooth, the handling surprisingly agile and when equipped with 4-wheel drive (4WD), the ability to forge through snow and over dirt trails is impressive to say the least. The 5.3-liter V8 delivers its power without fuss, aided by one of the nicest 6-speed automatic transmissions ever to grace an SUV. Maneuvering the Suburban isn't as pleasant as riding in it, a result of the 222-inch-long body. In fact, the Suburban is so long that it won't fit in some garages. Thankfully, the rear parking assists and rearview camera help avoid bumper damage and crushing small objects.Interior ComfortThe Suburban is one of the relatively few new vehicles that can still be had with a 3-passenger bench seat up front. Combined with two other rows of 3-person benches, the Suburban can comfortably carry up to nine people. Alternatively, it can be had with pairs of front- and 2nd-row bucket seats, allowing for greater comfort of two people in each row. Fold-and-tumble 2nd-row seats make for easier access to the 3rd-row seats, which can split and fold in a 50/50 fashion. Cargo room is enormous. Even with the 3rd-row seats up, there is over 45 cubic feet of space.Exterior StylingA visual definition of utility, the 2014 Chevy Suburban's boxy shape stands in contrast to the curves, waves and wild angles adorning other people-movers. Dress one of these â and yourself â in black, and some might suspect you're part of a secretive government agency. Up front is a big, 2-bar honeycomb grille with the Chevy bow-tie icon sandwiched between. The broad sides are highlighted by three boxes of windows and prominent wheel arches. Rear-wheel-drive versions have 8.9 inches of ground clearance, and 4WD versions sit a bit higher, with 9.2 inches of clearance.Favorite FeaturesACTIVE FUEL MANAGEMENTThe 5.3-liter V8 engine in the 2014 Chevrolet Suburban employs Active Fuel Management (AFM), which can deactivate four of the eight cylinders when the load is light enough. AFM not only helps conserve fuel, but reduces emissions as well.ADJUSTABLE PEDALSStandard on all trims, the power-adjustable brake and gas pedal assembly helps drivers of all sizes find the most comfortable driving position.Standard FeaturesThe 2014 Chevy Suburban comes in three trims: LS, LT and top-of-the-line LTZ. Rear-wheel drive is standard, with 4WD an option. Base LS versions are equipped with tri-zone air conditioning, power-adjustable pedals, cruise control, Bluetooth, AM/FM/CD player with USB port, rearview camera, 17-inch wheels, and six months of complimentary service to the OnStar Directions & Connections plan. Stepping up to the LTZ trim brings much more, including leather seats, heated and cooled front seats, Autoride suspension, locking rear differential, blind-spot monitoring system, 20-inch wheels, and an upgraded Bose audio system with 7-inch touch screen and 30-gig hard drive.Factory OptionsAdd-ons and extras for the 2014 Suburban include power sunroof, rear DVD entertainment system with two sets of wireless headphones, Z71 off-road appearance package, 2-speed transfer case, engine-block heater, heavy-duty trailering package, 22-inch wheels, retractable side steps and 3rd-row DVD screen.Engine & TransmissionThe 2014 Chevrolet Suburban SUV has a 5.3-liter V8 that delivers 320 horsepower and runs on regular unleaded gasoline or E85 ethanol blend. This engine features Chevy's Active Fuel Management system, which cuts power from eight to four cylinders under light-load situations. A 6-speed Hydra-Matic automatic transmission is standard.5.3-liter V8320 horsepower 5,200 rpm335 lb-ft of torque 4,000 rpmEPA city/highway fuel economy: 15/21 mpg (gas), 11/16 mpg (E85)

Glass, Solar-Ray deep-tinted (all windows except light-tinted glass on windshield and driver- and front passenger-side glass)

Air bags, dual-stage frontal, driver and right-front passenger with Passenger Sensing System (right-front passenger air bag status on overhead console) (Always use safety belts and the correct child restraints for your child's age and size. Even in vehicles equipped with air bags and the Passenger Sensing System, children are safer when properly secured in a rear seat in the appropriate infant, child or booster seat. Never place a rear-facing infant restraint in the front seat of any vehicle equipped with an active frontal air bag. See the Owner's Manual and child safety seat instructions for more safety information.)

Air bags, head curtain side-impact, first and second row outboard seating positions with rollover sensor, includes third row seating positions with (AS3) 3-passenger third row bench seat (Head curtain side air bags are designed to help reduce the risk of head and neck injuries to front and rear seat outboard occupants on the near side of certain side-impact collisions. Always use safety belts and the correct child restraints for your child's age and size, even in vehicles equipped with air bags. Children are safer when properly secured in a rear seat in the appropriate infant, child or booster seat. See the Owner's Manual and child safety seat instructions for more safety information.)

Air bags, seat-mounted side-impact, driver and right-front passenger for thorax and pelvic protection (Always use safety belts and the correct child restraints for your child's age and size, even in vehicles equipped with air bags. Children are safer when properly secured in a rear seat in the appropriate infant, child or booster seat. See the Owner's Manual and child safety seat instructions for more safety information.)