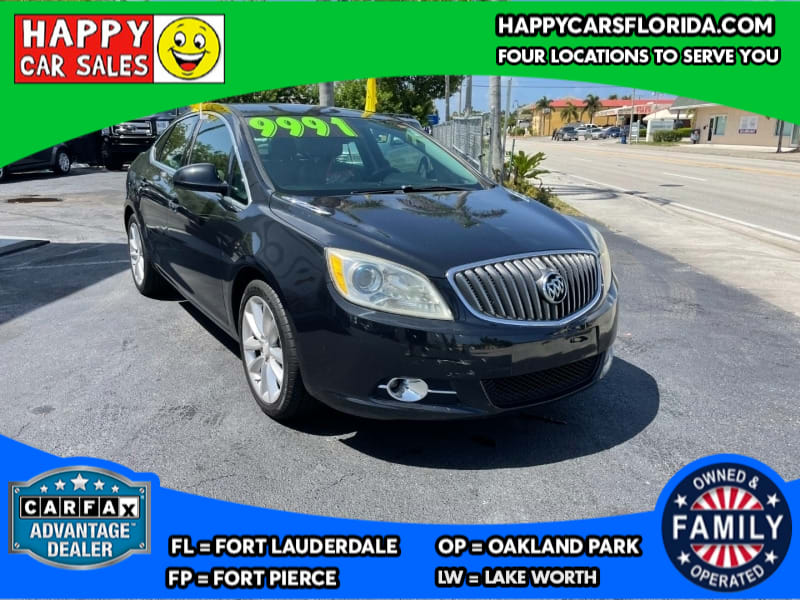 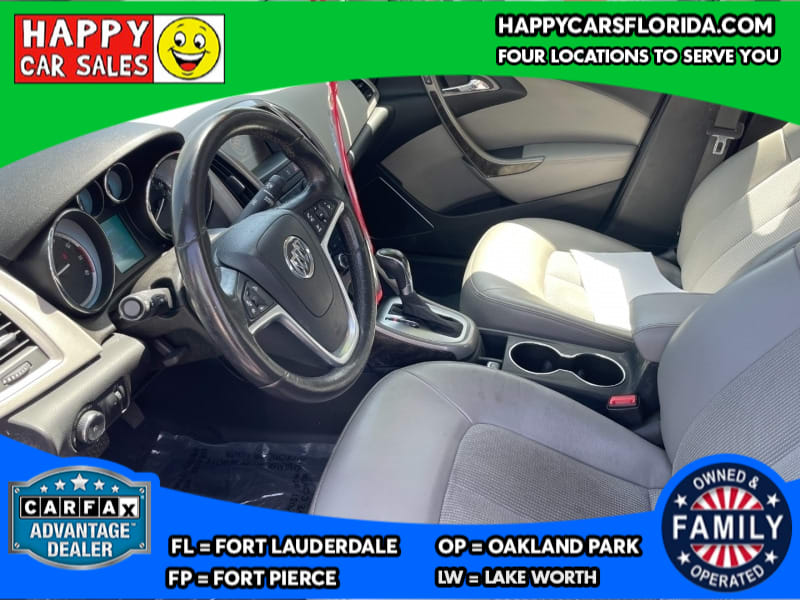 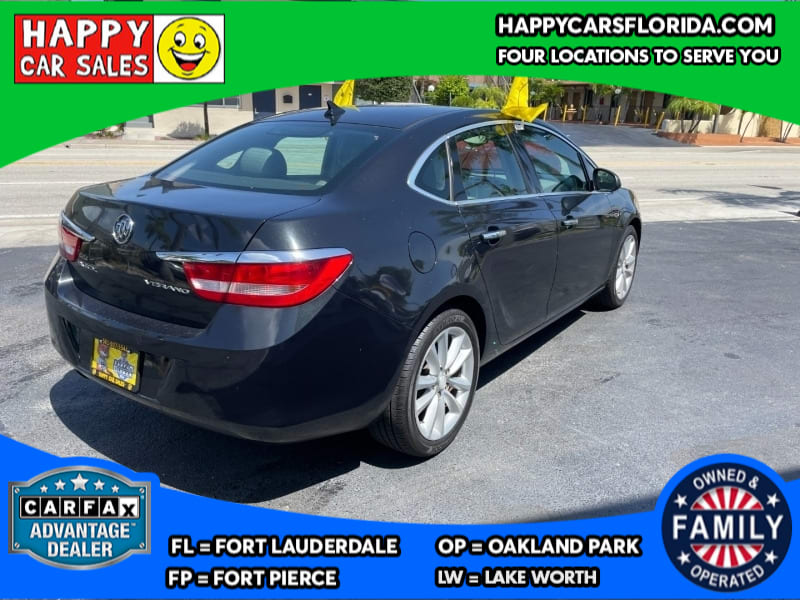 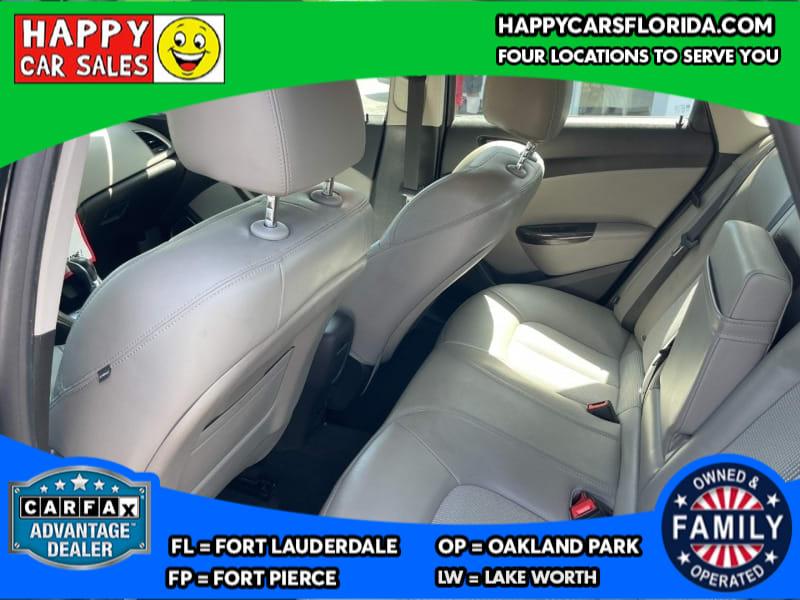 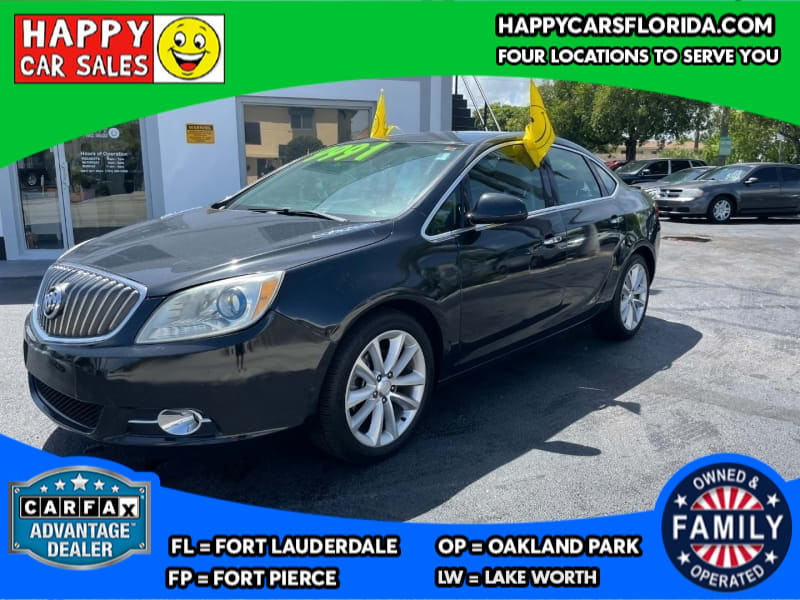 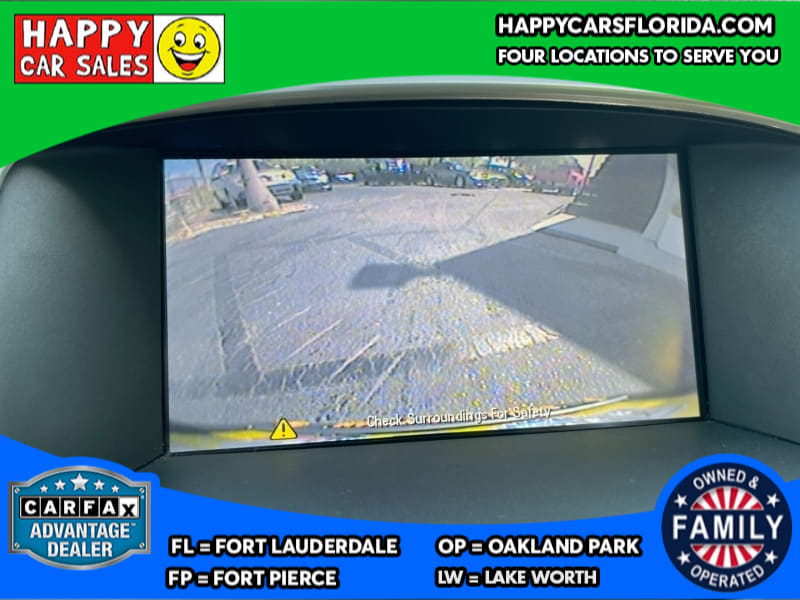 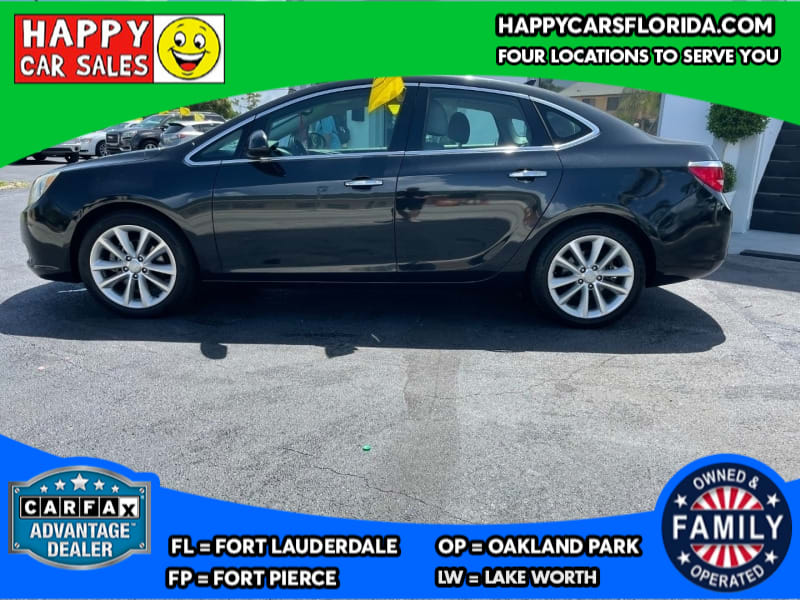 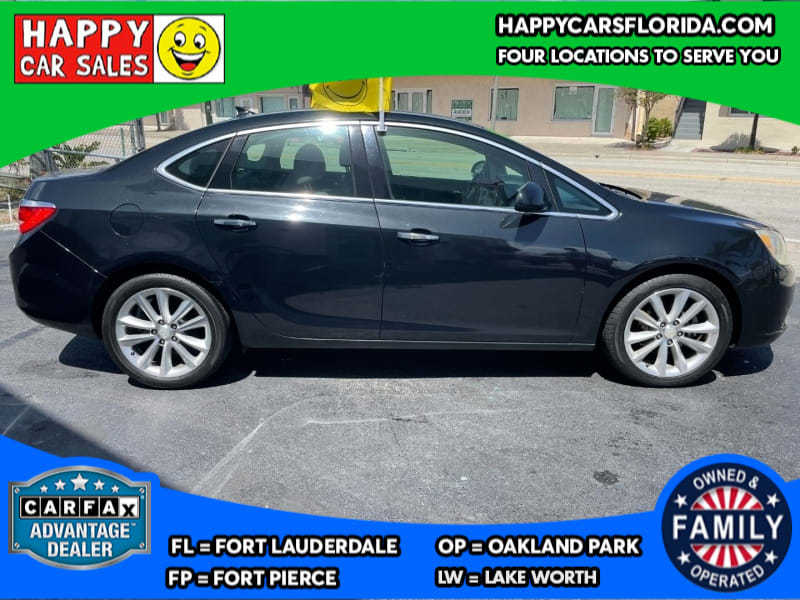 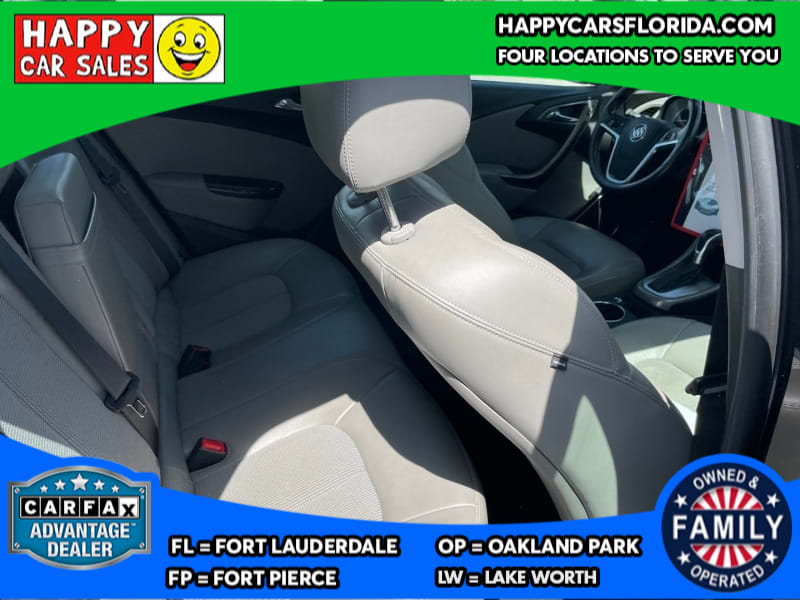 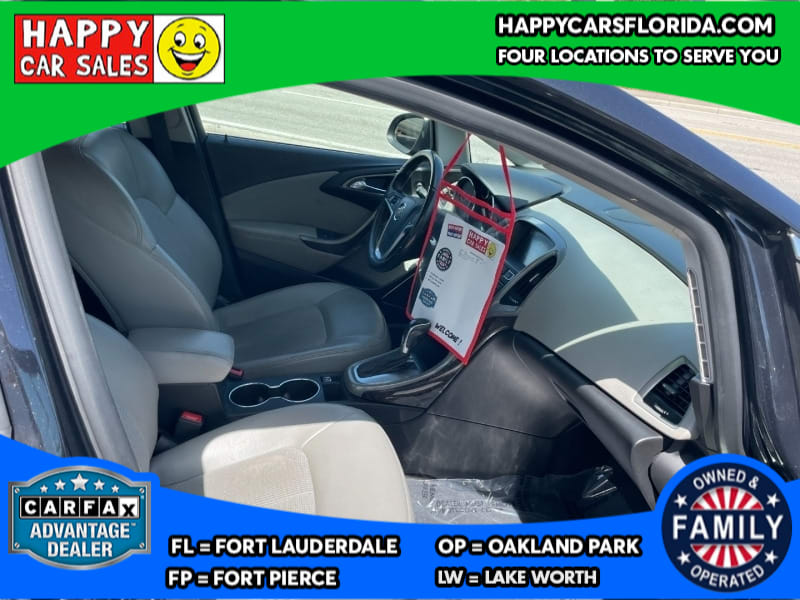 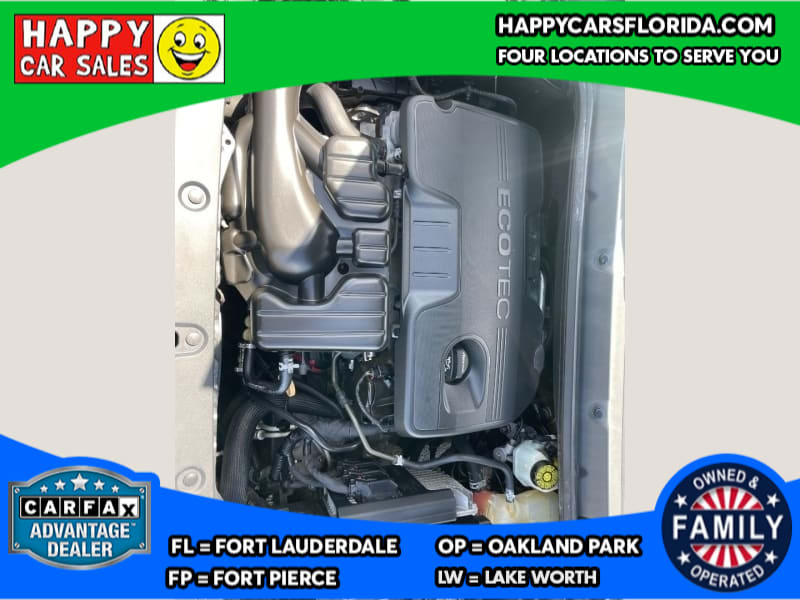 The 2014 Buick Verano has a Manufacturer's Suggested Retail Price (MSRP) starting at $24,625 and rising to just under $30,000 for a top-line Turbo model. At these prices, the Verano presents a very good value proposition in its niche market of entry-level luxury vehicles. An Acura ILX 4-door sedan, by comparison, starts closer to $27,000, while a base Lexus CT 200h is over $8,000 beyond the Buick's starting price. The 2-door BMW 1 Series Coupe, meanwhile, starts around $7,500 more than the Verano. Before buying, be sure to check the Fair Purchase Price to see what others in your area are paying for their Verano. News is not so bright regarding the Buick's resale value. Its long-term residuals are predicted to be far below those of the Lexus CT 200h, and slightly below those of the Acura ILX.Driving The Used 2014 Buick VeranoIf there's one word to describe the Verano, it's comfortable. That shouldn't come as a surprise since it's a Buick, but it is a significant distinguisher among compact sedans. Where other entry-level luxury sedans strive to be sporty, this one puts on few such airs. Its non-independent torsion-beam rear suspension may seem dated, but the setup works with aplomb to soak up bumps. The Verano glides over roads like a little cloud. Sound isolation is equally impressive. With the standard 180-horsepower 4-cylinder engine and 6-speed automatic transmission, the Verano's performance is acceptable but not exceptional. Opt for the impressive turbocharged engine and you gain 70 horsepower while sacrificing only one or two mpg. The Verano Turbo is a zippy little car that can go 0-60 mph in just over six seconds. The turbo model's suspension is slightly stiffer, but it's still no corner carver. Brake response and pedal feel on our test car was mushy and subpar.Interior ComfortLike its larger LaCrosse sibling, the 5-passenger Verano's interior is appealing thanks to high-quality materials and comfortable seats. The two lower trims use premium cloth as the covering of choice, while the top two have plush leather. The driver's seat is surprisingly bolstered for a car of this size. The rear seats are snug, though, and legroom is at a premium. We like the Verano's standard 7-inch touch-screen interface, but its surrounding buttons and controls could use improvement. There are many of them â including the oddly placed engine-start button on higher trims â and they are not very intuitive.Exterior StylingThough its architecture is shared with the Chevrolet Cruze, the Verano's outer appearance differs significantly. The compact sedan begins with a waterfall grille, has sides defined by a gently rising beltline that give it a slightly athletic stance, and wraps up nicely with a tucked-in trunk. Being a Buick, the Verano carries on the tradition of the brand's aesthetic portholes, placed atop the hood directly beneath the A-pillars. The standard wheels are impressive 18-inch aluminum-alloys. Turbocharged Veranos are the sleepers of the line, with just a subtle T badge on the trunk and dual exhaust outlets to indicate their extra muscle.Favorite FeaturesQUIET CABINBuick says the 2014 Verano is intended to be the quietest compact sedan on the road, and we believe it. More than mere marketing lingo, its QuietTuning technology effectively quells unwanted noise and vibration.TURBOCHARGED ENGINEPony up to a top-line version of the Verano, and you'll get plenty of just that. With 250 horsepower on tap, Buick's compact 4-door can effortlessly get up to speed on freeways and breeze past slower traffic once there. Better yet, the turbo power comes on smoothly and with minimal lag.Standard FeaturesThe 2014 Buick Verano offers a host of features â some not even offered by its competitors â at a lower price. Base models come with 18-inch aluminum-alloy wheels, a 6-speaker AM/FM/CD/USB sound system with touch screen, dual-zone automatic climate control, and a rearview camera. Spend roughly $1,200 extra for the Convenience trim, and you get much more for your money, including blind-spot monitoring with rear cross-traffic alert, forward-collision alert and lane-departure warning, heated front seats, and a power driver's seat. Top-line versions bring an invigorating turbocharged 4-cylinder, leather, a heated steering wheel, and a 9-speaker Bose sound system. All Veranos include 10 airbags, stability/traction control, and automatic crash response as part of a 6-month trial of the OnStar communications system.Factory OptionsMany desirable amenities for the 2014 Verano are bundled among its four trim levels. Those that are available a la carte include navigation, a power sunroof, and Bose premium sound. The sedan's outer appearance can be enhanced with premium multi-spoke wheels, diamond tri-coat paint and a spoiler. Turbo models can be equipped with a 6-speed manual transmission as a no-cost option in place of the 6-speed automatic.Engine & TransmissionTwo engine choices are available in the 2014 Verano. Standard on three of the Buick's four trim levels is a 180-horsepower, naturally aspirated (non-turbocharged) 4-cylinder that provides adequate power. The top-line Turbo model comes, appropriately enough, with a more powerful turbocharged engine. Though smaller in size, the turbo engine has 70 more horsepower and makes the Verano much more interesting to drive. All Veranos are front-wheel drive. The base engine can run on regular unleaded gasoline, while premium is recommended for the turbo. Like other 2014 Buicks, the Verano includes free scheduled maintenance for two years or 24,000 miles.2.4-liter inline-4180 horsepower 6,700 rpm171 lb-ft of torque 4,900 rpmEPA city/highway fuel economy: 21/32 mpg2.0-liter turbocharged inline-4250 horsepower 5,300 rpm260 lb-ft of torque 2,000 rpmEPA city/highway fuel economy: 20/31 mpg (manual), 21/30 mpg (automatic)

One of the Acura TL's selling points has long been its reasonable price, a distinction that holds tr ...